Get in touch with this project
coordinator@kudos2u2.co.za 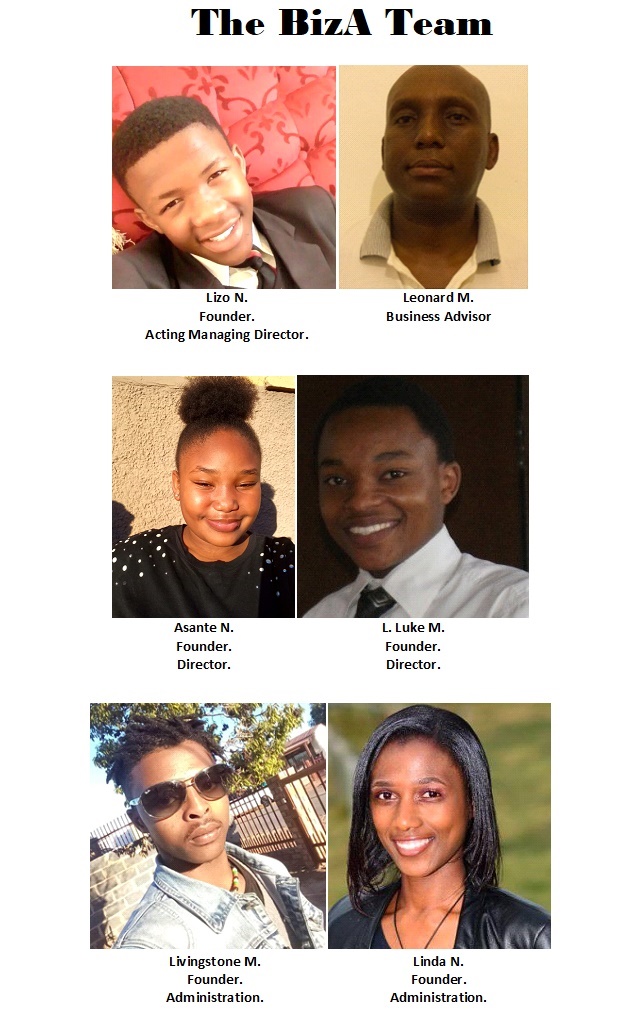 There are 5 BizA Transportation Community Co-operative Founding Members. BizA management (steering committee) consists of 3 Directors plus the other 2 founding members, as well as Leonard M. (Business Advisor) who all deliberate and give the overall direction the co-operative should take in the beginning stages of the co-op. The BizA Board of Directors consisting of Acting Managing Director: Lizo N., Director: L. Luke M., Director: Asante N., will carry out the day to day functions of the co-op until a new board is elected and administrative personnel are employed. The above Team, all of them combined have more than 3 years working experience as partners in the various top e-hailing, food and parcels delivery transportation networks’ online platforms in SA, as well as more than 30 years other working, administration and management experience. Our job as the Founders, the Steering Committee and The Board is to form the co-operative, draft the Co-op Constitution, and register BizA Transportation Community as a co-operative with the CIPC (done), raise funds for the co-op through crowdfunding and sourcing financial grants (ongoing), establish the co-op with all its resources and put in good administrative procedures in place (ongoing), recruit further co-op membership, employ more administrative staff and commence co-op operations (coming soon). Once all of the above is done and in motion, then the co-op members themselves, vehicle owners /drivers and riders, will take over and be in charge of the co-op going forward (The co-operative will hold its first Annual General Meeting (AGM) and elect new suitably qualified co-operative management and supervisory committee from among the co-op membership: projected date for AGM December 2022). MANAGEMENT OF BIZA TRANSPORTATION COMMUNITY CO-OPERATIVE (BizA Co-op Constitution extracts) Board of Directors: The affairs of the Co-operative must be managed by a Board of Directors consisting of a minimum of 3 and a maximum of 5 Directors. Directors must be elected at the annual general meeting. The Directors must exercise the powers and perform the duties of the Co-operative. Nomination of Directors and voting for Directors: Candidates for the position of Director shall be nominated openly at the annual general meeting held for the purpose of electing one or more Directors. (Any suitably qualified member of the co-operative can stand for nomination as a Director) Supervisory committee: A supervisory committee must be elected at the annual general meeting when the Board is elected. The supervisory committee must consist of members who are not directors. The supervisory committee is responsible to supervise the Board by representing the interests of members. (Any suitably qualified member of the co-operative can stand for nomination as a supervisory committee member)