Hope Farm was intiated because of the passion we have for nature ,promote the eating of what we grow and a healthy living ,promote commercial and organic farming and inspire the youthful population to venture more into farming
Gambia Art and Photography

Get in touch with this project
F.sawocamara58@yahoo.com 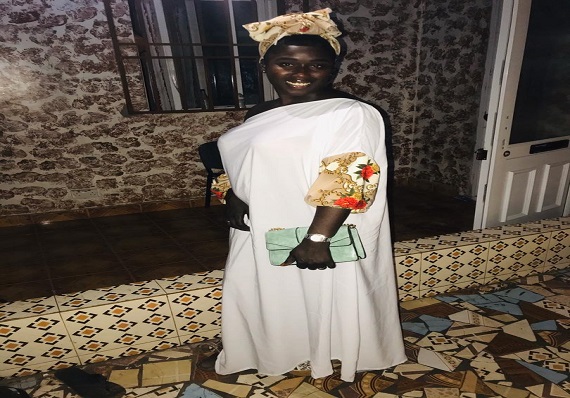 My name is Fatou Sawo am thirty years of age and a Gambian by nationality. I attended St Joseph's senior secondary school, where I sat to the wear Africa senior secondary school Examination. Upon completion, I managed a Bar & Restaurant called the Lama Lama Bar and Restaurant together with Deego Corner for a year. There for the first time, I had the opportunity to interact and socialise with people of different backgrounds which helped me a lot. Within that environment I learnt that we should not always be jungemental about people's behaviours and appearances. I come to understand that certain abnormal bahavious are cause by certain unfortunate conditions beyoung human control. I believe all that matters is we are all human and should be able to tolerate one another. However in June 2011, I attended a two weeks training programme at Abuko ventenary on poultry keeping and management. I ordered for six hundred(600) day old chicks which arrived at July 2011 at Abuko after two weeks, they were then transfered to Bakau were I took care of them for thirteen months. Forthermore, in June 2013 I went for gender and development studies at the management development institute (MDI) I did the certificate level for six months and later proceeded to the certificate level for nine months. With the intention of being a gender activist to fight for the right of Women and children. Upon completion, I went for an internship at the National Population Commission Secretariat. Notwithstanding, my most affectionate profession since childhood was nursing and being philanthropy I love caring for people who are sick or needs help. This is my childhood dream so I thought it wise to become a social worker as an entry point so I decided to do a course on social work at the S.O.S mother's Training centre. Being a volunteer in the social work setting and develop my career as a social worker. Being a social worker I believe fulfils my childhood dream because being a clinical social worker, I believe I have contributed my own quota into nation building because I believe we all have a role to play as the saying goes don't ask what my nation can do for me but instead what can I do for my nation. Furthermore I am now an entrepreneur and a farmer which I have passion for because I love nature and all the things it has to offer